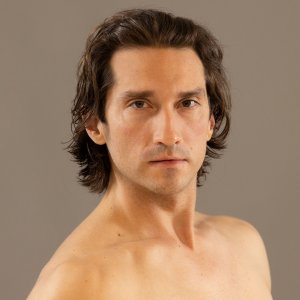 Zachary Catazaro was born in Canton, Ohio, and began his dance training at the School of Canton Ballet under Cassandra Crowley, Angelo Lemmo, and his mother Jennifer Catazaro Hayward. Mr. Catazaro studied at the School of American Ballet, the official school of the New York City Ballet in 2006. In October 2007 he became an apprentice with New York City Ballet and joined the Company’s corps de ballet in October 2008. He was promoted to soloist in February 2014 and elevated to Principal dancer in 2017. Notable featured roles at New York City Ballet include the title role in George Balanchine’s Apollo, Tchaikovsky Pas de Deux, Romeo in Peter Martins’ production of Romeo + Juliet as well as Prince Siegfried in Martins’ full-length production Swan Lake, among many others. Mr. Catazaro has also been featured in Jerome Robbins’ West Side Story Suite as Tony and Bernardo and performed in Robbins’ Dances at a Gathering and NY Export: Opus Jazz. In 2018 he was featured in Walt Disney’s film The Nutcracker and the Four Realms dancing with American Ballet Theater’s Misty Copeland. Most recently he has been a guest Principal at Bayerische Staatsballett and Étoile Ospite with Teatro Dell’Opera di Roma. In 2021, Mr. Catazaro joined Cleveland Ballet.