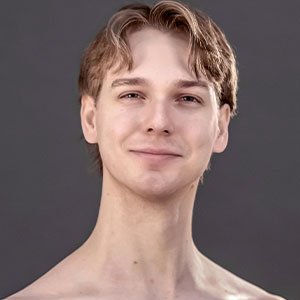 Kevin Baker was raised in Pocatello, Idaho where he received his initial training from Sergiu Brindusa and Beth Moore (Alliance Academy of Dance) in the Vaganova Method. In his formative years, he spent extensive training under Brindusu and Moore’s incredible mentorship to which he considers his fondest memories, both as a person and as a dancer. He then spent a year at Ballet West Academy in Salt Lake City, Utah after finishing high school learning from Jeff Rogers, Heather Fryxell, and Wilson Domingues. He then continued his training as a member of Pittsburgh Ballet Theater School’s Graduate Division under Co-Directors Marjorie Grundvig and Dennis Marshal with tutelage from School Principal Janet Popeleski, Steven Annegarn, Chris Budzynski, Christine Schwaner, and Aaron Ingley before arriving at his new home with Cleveland Ballet.

Throughout his training, Kevin attended summer programs with his hometown studio in Idaho, Colorado Ballet, Joffrey Chicago, Ballet West, and Pittsburgh Ballet Theater. During his life, Kevin has performed many roles but his favorites have been Franz in Coppelia and Hilarion in Giselle under Sergiu and Beth, Cavalier in The Nutcracker, Jim in Constantin Apetrei's Adaptation of Edward Scissorhands, Soloist in Yoshiaki Nakano's Mozart, and Mr. McKee in Jordan Morris's The Great Gatsby. He also finds particular delight in playing character roles.