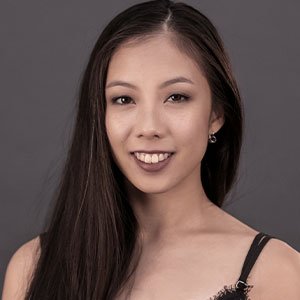 Katharine Cowan grew up in Olympia, Washington. She began formal dance training when she was 3 years old, and studied most of her childhood at Studio West Dance Academy and Theatre, under Director Stephanie Wood. Under the direction of Stephanie Wood, Katharine danced in roles such as Sugar Plum, Cinderella, and Giselle as well as new works choreographed by Laura and Jerome Tisserande, Dawn Fay, and Joseph Jeffries. During her years in training, she also attended summer programs at Boston Ballet, Oregon Ballet Theatre, Austin Ballet, the Joffrey Ballet, and Alonzo King LINES. After high school, Katharine continued her training under Raymond Rodriguez at the Joffrey Ballet in Chicago where she completed Joffrey’s two-year trainee program. While at Joffrey, Katharine was chosen to perform in the Joffrey Academy’s Winning Works Program, performing new works by choreographers such as Claudia Schreier, Edgar Zendejas, Brendan Fernandes, and Marissa Osato. In Chicago, she also had the opportunity to choreograph works on the Joffrey trainees and studio company as a part of the ”Young Moves” choreography program. She is very excited for the opportunity to work with the students of the Cleveland ballet school and to learn from them as well.