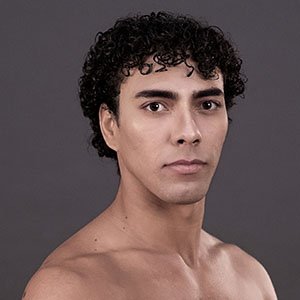 Emanuel Tavares began studying dance at age fourteen in his hometown of Fortaleza, Ceará at the Instituto De Dança Goretti Quintela in Brazil. While focusing on his ballet training, he also studied contemporary jazz.

He has been celebrated in many dance festivals as the best dancer and has received both national and international scholarships.

Emanuel became a professional dancer with Especial Academia de Ballet in São Paulo, Brazil, where he performed principal roles in performances of Swan Lake, La Bayadère, Le Corsaire, and Raymonda among others at a very young age.

Emanuel has been a guest artist for The Nutcracker throughout the states of Virginia, Maryland, and Florida. He also began modeling as a ballet dancer in Brazil and he has worked with a variety of photographers in the United States.