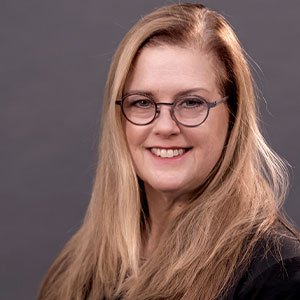 Cynthia Graham began studying dance at age four in her hometown of Houston, Texas. Focusing on her ballet training, she also studied contemporary, jazz, tap, and gymnastics. At 12 she was awarded a scholarship to study in New York City with the American Ballet Theater School and spent her next 5 summers studying there and with the School of American Ballet, the school of the New York City Ballet, the Joffrey Ballet, working with famed faculty members such as Madame Pereyaslavec, Leon Danielian, Patricia Wilde, Alexandra Danilova, Nina Papova, Fredrick Franklin, Robert Denvers, Willy Berman and more.

Cynthia became a professional dancer with Houston Ballet at 15 dancing in the corps de ballet and in many soloist roles. At 16, she was chosen to become a company member in Cleveland Ballet at its inception as a principal dancer. Performing under choreographer/director Dennis Nahat, he choreographed rolls such as Maria in The Nutcracker, Odette/Odile in Swan Lake, Titania in A Midsummer Night's Dream, Tsarina in The Nutcracker, and Swanhilda in Coppelia directly on Cynthia. Other ballets in Cynthia’s performance repertoire include The Glove Seller in Gaite Parisienne by Leonide Massine, Lizzy in Fall River Legend by Agnes DeMille, House of Tears by Donald McKayle, Toreador by Flemming Flundt, by George Balanchine Apollo, Concerto Barocco, Four Temperaments, and Waltz girl in Serenade. She toured with the Ballet Nuevo Mundo de Caracas company in Venezuela and Spain and performed in Ireland and Scotland with Cleveland Ballet dancing with Rudolf Nureyev. Cynthia has been a guest instructor at schools and ballet companies throughout Ohio and Texas, Atlanta, Pennsylvania, and New York City.

In 1993, Cynthia retired from the stage to take up a second career as Chief Financial Oﬃcer for the Cleveland advertising agency, Sampson/Carnegie, Co., Inc. and from there, in 2006, she became a founding partner and President of Creative House Studios, Inc., a media production company offering the largest permanent green screen studio sound stage in Ohio. The partners sold Creative House Studios, Inc. in 2019 making it possible for Cynthia to focus on the duties of Repertory Director full time. She loves working with these talented and passionate dancers and staff.