Cleveland ballet scene on the rebound

Cleveland Ballet in the News

Cleveland ballet scene on the rebound 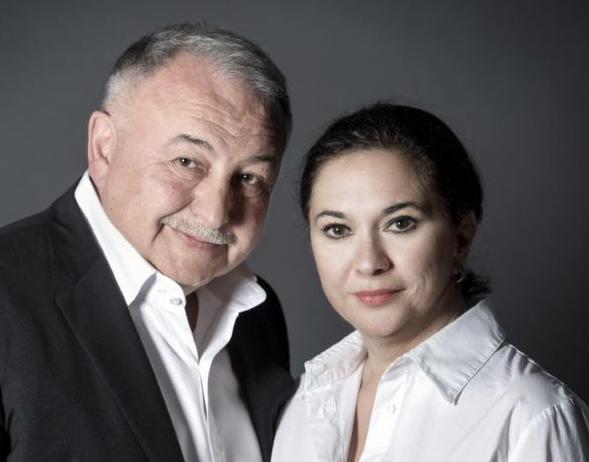 One of the darkest moments in the Cleveland arts scene was when the Cleveland Ballet, which was founded in 1972 by Dennis Nahat and Ian Horvath, established a co-venture in San Jose, Calif., in 1986 and then relocated there in 2000.

That was the second incarnation of the ballet company, which was preceded by the one founded in 1935 by Russian émigré Sergei Popeloff and which became inactive in 1942 as the country focused on the war effort.

In 2015, home-based professional ballet returned to the city thanks to new Cleveland Ballet co-founders Michael Krasnyansky and his wife, Gladisa Guadalupe, who are Pepper Pike residents and members of the Fromovitz Chabad Center in Beachwood. He is a native of Odessa in southern Ukraine and serves as the company’s president and CEO, and Guadalupe, a Puerto Rico-born ballet dancer and alumna of the School of American Ballet in New York, serves as the company’s artistic director.

Krasnyansky said the goal was to “make the new company smaller, more flexible and more innovative than traditional ballet companies, without compromising high artistic standards. And, of course, to get Cleveland ballet back on the map in the dance world.”

There have been some challenges these past four years.

“The biggest has been to overcome the financial baggage created by the old Cleveland Ballet, where donors, corporations and foundations lost money when the company left,” Krasnyansky said. “Significant work has been required to regain their trust and establish this company’s reputation. Operating with a smaller budget certainly makes it difficult to compete with more moneyed regional companies” like the ones in Columbus, Cincinnati, Dayton and Pittsburgh.

Another challenge has been the one created by the 15-year gap between professional ballet troupes in Cleveland.

“One, perhaps two generations of children were lost (as future patrons and potential dancers) by their not being regularly exposed to the art,” Krasnyansky said.

But these challenges have been turned into opportunities.

“Our comparatively small budget has provided us with a unique identity where we do more, artistically, with less,” Krasnyansky said. “We are attracting young dancers who are interested in that. And, in 2017, we became a resident company of Playhouse Square, where all 17 of our major productions are performed.”

In addition to being located in the heart of the city, the Cleveland Ballet and other resident companies – Cleveland Play House, Cleveland State University Department of Theatre and Dance, DANCECleveland, Great Lakes Theater and Tri-C JazzFest – benefit from the high-profile publicity the Playhouse Square organization generates.

To help secure the company’s future, the two co-founders created the nonprofit School of Cleveland Ballet, which provides high-quality and diverse dance instruction, and will provide a stream of new talent to insure talent will be born in Cleveland, trained in Cleveland and employed in Cleveland, according to Krasnyansky.

He added that helping to maintain the well-being of the dancers are University Hospital's sports medicine specialists, who provide safe training practices, dietary information, massage therapy and “bring science to the art.”

Krasnyansky said he believes that “it won’t be long until the young Cleveland Ballet will be mentioned in the same sentence with the city’s well-established cultural jewels – the Cleveland Museum of Art, the Cleveland Orchestra and the Cleveland Institute of Music” among others.

“I think we are well on our way to putting Cleveland Ballet back on the map,” he said.