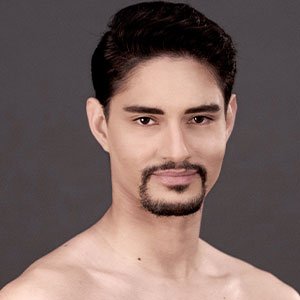 Bruno was born in Rio de Janeiro, Brazil. He began his dance training at the age of 14 and graduated from Centro de Danca Rio in September of 2016 where he studied and received his Performing Arts Associate's Degree. His training included ballet, contemporary/modern, jazz, and musical theater. During his training, he won many awards including Valentina Kozlova International Ballet Competition Finals in 2015: Top 5 Junior Classical and Contemporary Divisions.

In 2016, he joined CityDance Conservatory in Bethesda, Maryland, and competed in the Youth America Grand Prix in Pittsburgh, PA. In 2017 he won second place in the Men's Classical and Contemporary Divisions. The same year he joined The Washington School of Ballet where he received a full scholarship. He graduated from The Washington Ballet Professional Trainee Program in 2018. His performances with The Washington Ballet Company included John Cranko’s Romeo and Juliet in Tarantella and Septime Webre’s production of The Nutcracker.

In 2018 Bruno enjoyed Orlando Ballet’s second company. During his time there he danced many productions such as Robert Hill’s Carmina Burana, Bolero de Ravel, and The Nutcracker, Arcadian Broad’s Wonderland: Mad of Tales of the Hatter, and Victoria Morgan’s Cinderella.

In 2020 Bruno joined Cleveland Ballet and in his first year, he performed in roles such as Prince in The Nutcracker and the White Rabbit in Margo Sappington’s Alice.